We need your consent to receive the information we send you via e-mail and SMS messages and by using various mobile applications (i.e. Viber) in order to communicate in the future, share TIKETA news and information about TIKETA services provided on its managed websites (including www.teatrai.lt, www.pramogaukit.lt, www.tiketa.lv/ and others) as well as distributed products, which are relevant to you, to ask for your opinion and send you newsletters (hereinafter – Marketing messages).

If you would like to stop receiving information UAB “Tiketa” sends you by electronic mail in the future, you will be able to withdraw your consent at any time, by sending an e-mail to info@tiketa.lv. You will find more information in our Privacy policy (www.tiketa.lv/LV/Rules).

We will not be able to send you Marketing messages if you are younger than 14 years of age, therefore, please, click “AGREE” only if you are older.

Discounts are not applicable to additional ticket fees.
Discounts can not be combined

The first Lithuanian musical created by Viačeslavas Ganelinas in 1972 is celebrating its 40th anniversary today. The Lithuanian musical “Devil’s Bride” based on the motifs of the narrative “Baltaragis’s Millhouse” by Kazys Boruta, until now considered to be the most popular musical in Lithuania, is reborn today on the stage of Klaipeda State Music Theatre.

“Devil’s Bride” is the masterpiece marked with an assay of Lithuanian art’s durability and universality. It seems like this musical canvas, admired by public of several generations, isn’t going to surrender to the flow of time. The eternal battle between good and evil, tragicomic search of happiness by musical’s characters are weaved into very melodic and sensitive musical composition by V. Ganelinas. All this is very moving and repeatedly inviting to a mythologized mirage of “Devil’s Bride”.

Once upon a time in Heaven when the Lord sat somnolently listening to the sweet chorals, the angels started revolting. As He came back to his senses, he scattered away the disobedient ones with wrathful lightnings. One of them, named Pinčiukas, after being thrown out from Heaven found himself in an old miller Baltaragis’s pond. The man and the evil one made a deal: “the mill’s wings will turn without wind, Marcelė, the desired woman will come to Baltaragis’s home, but something that Baltaragis doesn’t have at the moment, will belong to Pinčiukas”. Marcelė died when giving birth and her daughter Jurga grew up into a beauty and fell in love... But not with Pinčiukas – she fell for a dashing lad Girdvainis.

Unfortunately Jurga soon got disappointed and had to admit that Girdvainis cared about his fostered horses more than her. The horses were stolen by horse-stealer Raupys, who was hired by Pinčiukas. Leaving Jurda and forgetting everything in the world Girdvainis ran away to find his beloved horses, but as he couldn’t find them he lost his mind. Grieving Jurga got sick. One evening she saw the reflection of gloomy Girdvainis in her window and following his receding shadow she drowned in a lake.

This is the magical story of the characters of musical, their power and beauty of feelings, the expressive and memorized melodic lines – that’s the elements that make us remember and watch the legendary “Devil’s Bride” again.

Free entrance for children: NO.

Permission to take photos, record: NO.

If you want purchase 10 or more tickets, contact us ! 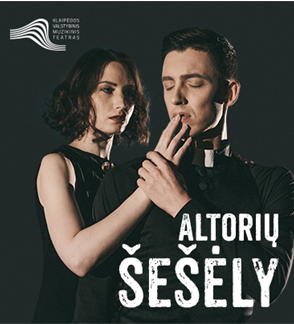 In The Shadow of Altars 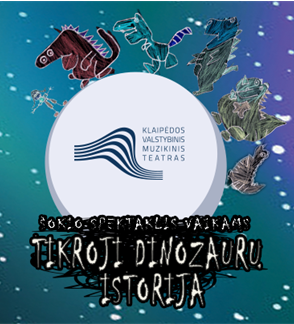 THE TRUE HISTORY OF DINOSAURS 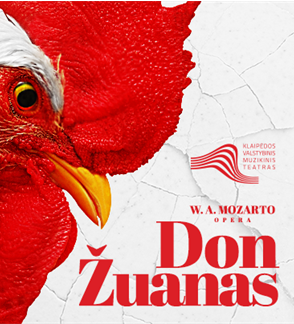